Since the beginning of research on the Limes in Croatia, it was believed that the Mursa Roman colony, on top of which modern-day city of Osijek was built, had actually been constructed in the background of Limes.
Taking advantage of a good location and avoiding the surrounding swampy areas, the Romans camped approximately 15 kilometers west of the Drava-Danube delta, at or near the former Celtic oppidum. It was probably conquered by the Romans before the Pannonian-Dalmatian uprising 6-9 AD, and after they erected a fort made of wood and earth. The area in question could be where the present-day Osijek Medical Centre is. In the 1st and 2nd c. auxiliary military units were documented in Mursa, cohors II Alpinorum and ala II Hispanorum Aravacorum.
In mid-20th c., many scientists were convinced that there was a fortress of legio X Gemina in Mursa in the early 2nd c. Military presence is also suggested by a stadium described by a Greek historian Zosim in Historia nova, when describing the battle between Magnentius and Constantius in 351. A river flotila was stationed in the city for a while. In late 4th c., Mursa was pillaged by the Goths, and then the Huns in 441. 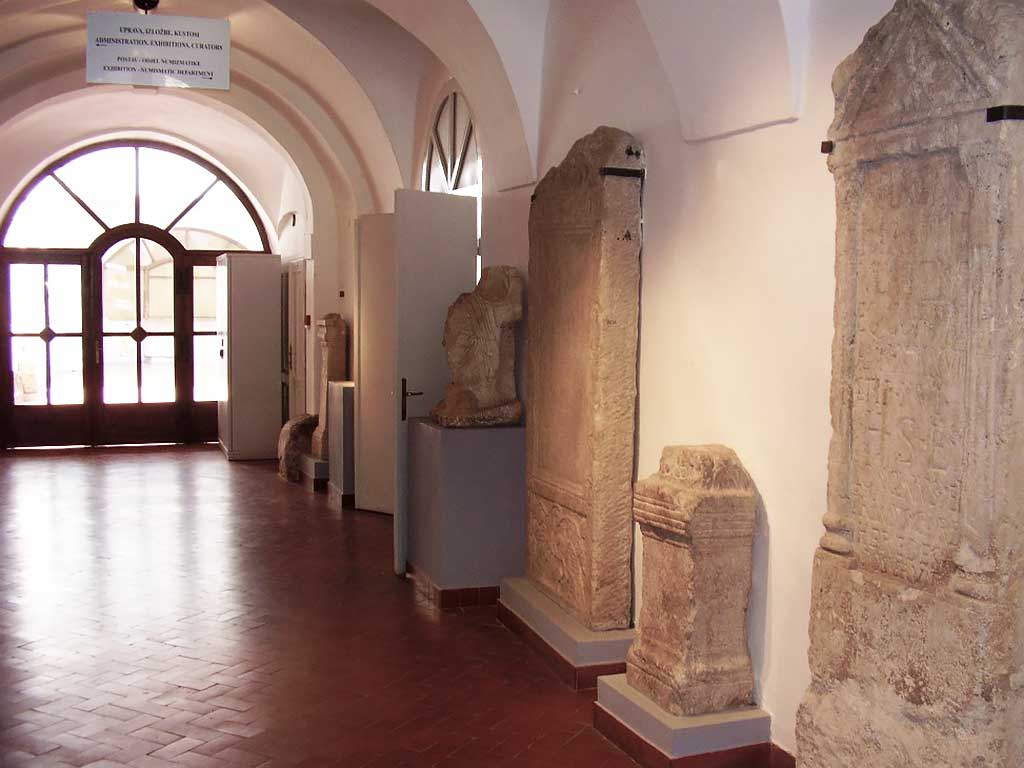 Roman city walls and the position of the bridge (the so-called Hadrian’s Bridge) in Mursa are indicated in the city plans kept in the National Archive in Osijek. Elliptical remains of the city walls and ditch discovered at the former Silos (V. Katavić) are integrated in the Franjetić’s plan. At the university campus, there have been rescue excavations in the last decade as well (S. Filipović).