In the 18th c. L. F. Marsigli drew an outline of a Roman road between Osijek and Bilje, which is proof that it was visible, perhaps even used at the time. When writing about a Roman milestone found north of Mursa (Osijek) when a new road was being built there in 1774, M. P. Katančić was interested in three Roman roads leading to the north of it, especially the one along the Danube. In the early 19th c., the Bilje road was marked by J. Koller as well. Between 1962 and 1969, the remains of that road were noted by K. Minichreiter on several occasions. 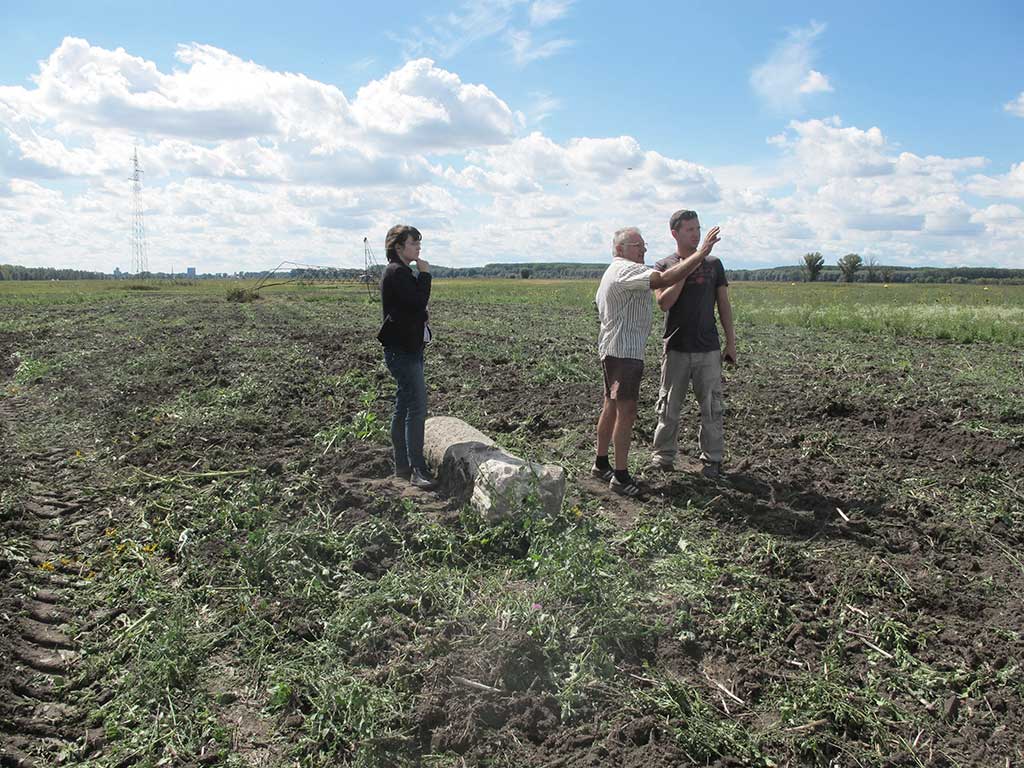 In 2006, the remains of the road were documented again by Goran Skelac, revealing damage to a great extent. What was found is an appliqué for a carriage in the shape of a head that could be Apollo’s or Hermes’. Not far from that spot, a milepost was transferred to the Museum of Slavonia in Osijek, bearing a mark it was appointed 159 m. p. from Aquincum (Budapest).