In the long term, all national management plans aim to present the Limes as a tourist destination. The sites from the World Heritage List have to be adequately managed and protected on national and local level. It is important to the experts and the public who reside in the Limes area to define clearly the size of Roman military positions. Management plans outline a list of activities which enable, define and regulate participation of different associations at the Site, providing concrete suggestions on how to manage the sites in the mid and long term.
In Croatia, legislatively speaking, it is possible to build near the Limes, but with restrictions. The surrounding agricultural and forest areas would have to play an important role in preserving the Site’s image. At present, the problem is lack of awareness regarding existing archaeological remains under modern buildings. Even though they are invisible, these underground remains have been scientifically proven, and could be integrated in the Frontiers of the Roman Empire. Moreover, these remains require guaranteed sustainable economic use and development. At the same time, regional and city museums would have to integrate the findings from the Limes in their permanent exhibitions, because they enable the public, together with in situ information panels, to get to know the remains of Roman imperial frontiers. 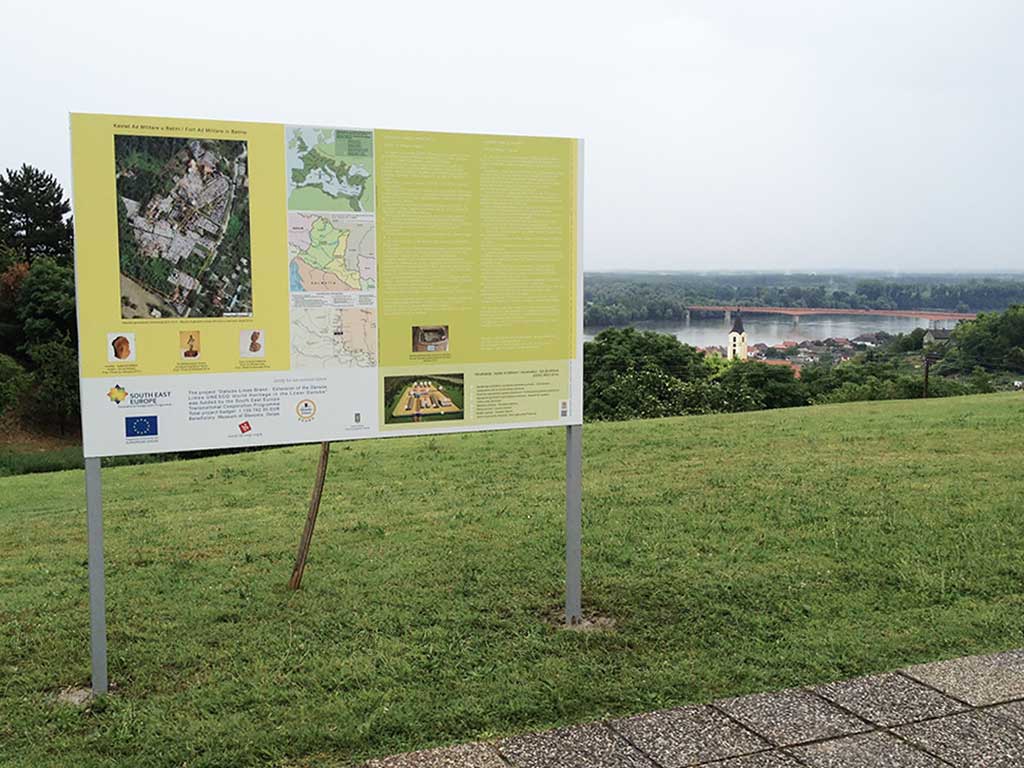 The first information panel in Croatia was installed in Batina in June 2014, organized by the Museum of Slavonia in Osijek.